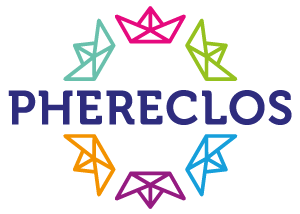 Why community participation in schooling is struggling in Nigeria: a view from the ground

Nigeria has more out-of-school children than any other country in the world. Around 10.5 million children between the ages of 5 and 14 are not in school.

A key government strategy to get more children into school, and improve school quality, is to increase parental and community participation.

Parental and community involvement in various aspects of schooling – ensuring that children go to school, contributing cash or labour to construct classrooms, and participating in school management –- is part of a more general trend towards educational decentralisation in Nigeria. But, in practice, full community engagement is particularly difficult in areas where people are poor (so are short of time and money) and have often not gone to school themselves.

What’s more, for community participation in education to work, good relationships between schools and communities are essential.

As part of a larger study on primary schooling in Adamawa State, northern Nigeria, we looked closely at interactions between six government primary schools and communities. The fieldwork for the research was conducted over six months and involved observing and talking to school, community and local government officials in each location.

We found that a lack of proper consultation about issues – such as where schools should be located, and a lack of flexibility about how they should operate – stood in the way of positive relationships between communities and those running the schools. It also resulted in a lack of respect for school boundaries, which made it difficult for schools to function properly.

We concluded that schools need to interact with a broader range of parents and community members. They also need to listen and respond to community and parental needs, rather than assuming school priorities are more important.

Two urban schools were located in and just outside the state capital; another two were in provincial urban areas and two were rural. The schools also varied greatly in size, condition and intake – from 500 to 3,000 pupils.

At one extreme, the smaller rural school had 500 pupils from nearby farming communities. They struggled to learn from mainly unqualified teachers in dilapidated, filthy classrooms with insufficient furniture and virtually no teaching materials. There was also a lack of electricity, water or toilets.

At the other end of the spectrum, the popular school in the centre of the state capital drew over 1,700 pupils from across the city, from a mix of families of traders, civil servants and farmers. Pupils were learning from better qualified teachers in new classrooms with proper desks. They also benefited from a well-stocked library, computer centre, water and separate toilet blocks for girls and boys.

The first step we took was to get to grips with structures that had been set up to facilitate school and community interactions. Relatively newly formed school-based management committees were supposed to involve elected community members in school management.

We found that at all six schools these committees only really existed on paper. This was because no resources were allocated to support them. The school, community and even local government officials remained unclear about their purpose.

We also set out to understand the role of parent teacher associations. These only carried out a limited range of activities. Mainly, they responded to requests from the school, communicating school needs or demands to other parents and to the community more generally. Their activities also included urging parents to enrol their children in school, or ensure that they attended regularly and got to school on time.

In contrast, there was very little communication in the other direction as the schools rarely asked for, or listened to the concerns of ordinary parents or community members. Indeed, in any dispute between school and parents, the parent teacher associations tended to take the side of the school.

This meant that the voices of poorer and more marginalised parents were rarely heard. At the same time, a hierarchy was established that put the needs of the school above those of parents and the community.

The politics of boundaries

Our research also looked at the role of school boundaries in school-community relations. We looked at physical boundaries (such as a fence or wall) as well as temporal ones (such as the timetable and school holidays). Both sets of boundaries were sources of tension.

Physical boundaries are highly politicised. On the one hand, schools, as organisations serving communities, needed to be accessible to parents and other visitors. On the other hand, they needed to claim and protect their own physical space within the community – to assert their authority, regulate the attendance of both staff and pupils, and keep out unwelcome outsiders.

Temporal boundaries were also fraught. For example, school timetables did not necessarily fit in with the rhythms of community life, such as planting and harvesting seasons, market days or Friday prayers at the mosque.

Only the two schools in the state capital were fully enclosed behind walls, with guarded gates. Boundaries were porous at the other schools. In these cases, teachers, pupils and other community members came and went at will – sometimes in search of water, food or a toilet. In several schools, people with no school-related business were found in the school grounds both during and after lessons.

And local community members in these less well-protected schools reportedly used classrooms for parties and as a toilet or for animal shelter after school hours. They often left the classrooms in unsanitary conditions that pupils – usually girls – were required to clean before the start of lessons.

Boundaries also lay at the heart of many community-school disputes over land, access to water, and rights of way. In rural schools, pastoralists would drive their herds through school grounds along previously established trails. Examples in urban locations included communities maintaining a road-traffic thoroughfare across a school and using space near early years classrooms as a rubbish dump.

The antagonistic community-school relations strongly suggest limited negotiations among stakeholders, especially ordinary community members, and a lack of consensus about the siting of schools.

This made it hard for schools to claim their space, secure their boundaries and function effectively. Such difficulties had implications for the potential of community participation to help out-of-school children in Nigeria realise their rights to quality education.

Clearly school authorities need to negotiate with a broader range of stakeholders from the outset to get consensus on where schools can be sited and boundaries established as well as on issues such as access to water and school timetables. More generally, community participation in schooling – through the likes of the parent teacher association or school-based management committee – needs to involve more give and take, with schools responding more to what communities and parents want and need.

All passengers aboard! A final journey of the PHERECLOS…

It’s a matter of relevance – What happened in the…